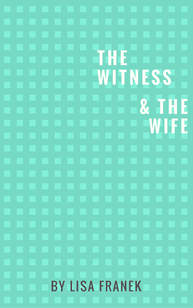 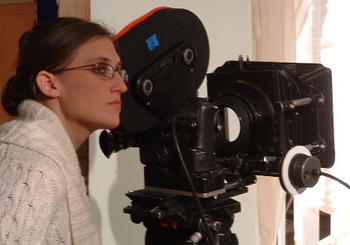 ​I am a writer, working in the film industry and having tons of adventures.

I have included a blog, where I write about film, writing and art. The goal is to spark discussion and dialogue, rather than pass judgement and critique, so I encourage you to read, respond (respectfully, of course), and be part of the conversation, whether you are an expert or just someone with an interest. I may even have interviews with filmmakers, other audience members, and other notable people from time to time to keep it interesting. To make sure you don't miss any posts, you can subscribe via RSS.

Lisa Franek has explored many forms of art, including dance, music, theater, film, and visual art. She received a BA in Music from the University of North Carolina at Asheville in 2001, received her MA in Television, Film, and New Media Production from San Diego State University in 2007 and an MFA in Multimedia Art in 2012. Lisa worked with Media Arts Center San Diego since 2007, and in that time oversaw much of the programming and selection of films for the San Diego Latino Film Festival and the fall film series, Cinema en tu Idioma, attempting to bring the best of Spanish-language cinema to San Diego audiences. Starting in 2012, she began programming film for the Digital Gym Cinema, attempting to bring the best in international and American independent cinema to San Diego audiences, as well as supporting local San Diego film exhibition. In addition, she was actively engaged in filmmaker outreach, organizing workshops and highlighting funding and filming opportunities for local filmmakers. In 2010, 2012 and 2013, Lisa served as a grant proposal reader for Latino Public Broadcasting, and has served on several juries and panel discussions regarding the film industry. A filmmaker in her own right, Lisa has been making narrative and documentary films since 2002. In 2007, her 35mm short film Postmarks was a Regional Finalist for the Student Academy Awards. Lisa also teaches film classes at San Diego City College and Platt College.

Lisa moved to Los Angeles in 2014, and currently works in the film industry while pursuing her dream of being a professional writer, both for the screen and literature.

This is my personal website. The opinions I express here do not necessarily represent those of my employer(s). The information I provide is on an as-is basis. I make no representations as to accuracy, completeness, currentness, suitability, or validity of the information on this site and will not be liable for any errors, omissions or delays in this information or any losses, injuries, or damages arising from its use.